Ludwig was born on 25 August 1845 as the eldest son of Crown Prince Maximilian and Crown Princess Marie at Nymphenburg Palace in Munich He spent his childhood and youth at Hohenschwangau Castle and the royal villa at Berchtesgaden. In 1848, Ludwig's father Maximillian became king and he was named crown prince. In Ludwig's youth, he attended performances of Richard Wagner's Lohengrin and Tannhäuser operas and developed his love for the world of legends and fairy tales.

In 1864, King Maximilian II died suddenly and at the age of 18 the crown prince became King Ludwig II of Bavaria.

The visionary “fairy tale king” ruled his nation until 1886 and promoted the arts and was passionate about construction projects. His reign also saw the defeat of Bavaria in the war against Prussia.

Ludwig's engagement to his cousin, the Duchess Sophie of Bavaria, was broken off after Ludwig repeatedly postponed the wedding date.

In his later years, Ludwig became increasingly isolated and largely gave up making public appearances. The mountain of debt he had run up with his extensive building projects led to his troubles with his government.

The man whom French poet Paul Verlaine had once the "one true king of this century" was eventually deposed shortly before his death on 13 June 1886 on Lake Starnberg.

"There is only one animal there that can captivate me in truth. The loveliest masterpiece of creation is the peacock" – Ludwig noted in his diary.

"I enjoy staying in my beloved Hohenschwangau, where it is currently particularly wonderful and romantic under the full moonlight. Here I can sledge and read to my heart's content – there's always enough time left to feel miserable in the unloved city" – Ludwig II, in a letter to Baroness Leonrod 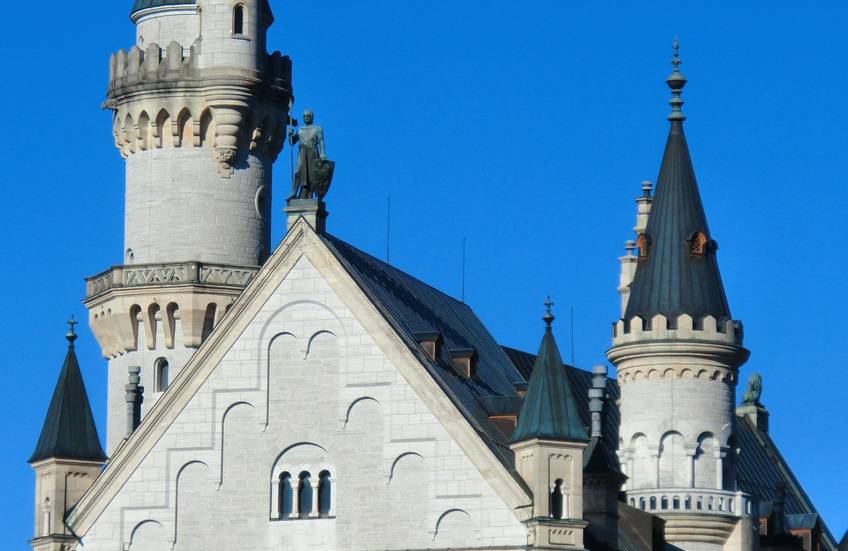